The building, now known as the Memorial Hall, was built in 1844 as a National School run by the Parish Church.   The first picture shows how the building looked when it was a school.   The picture also shows a village pump in the middle of the road known as Meldyke Square. 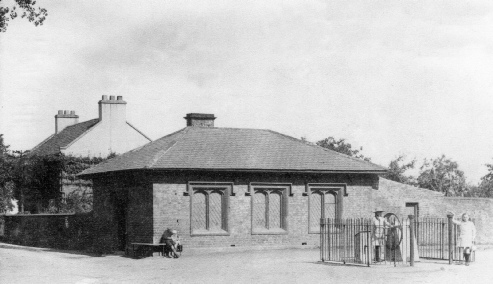 The main entrance door to the building when it was a school was in the middle of the wall facing Strait Lane where their is now only a tall window.   On either side of where the entrance door used to be there are still the iron strips set in the wall at ground level that were used by the children to scrape the mud off their boots before they entered school.   The children of Stainton Parish received an education at the school for sixpence (6d) a week.   In 1878, the pupils transferred to the new free Board School across on the other side of Meldyke ‘Square’.

After 1878, the building continued as a reading room where farmers came to read newspapers but eventually it fell into disuse.    Picture 2 shows a horse parade in 1911 and Picture 3 shows a Peace Day event in 1918 with the building unchanged in the background of both pictures.

At the end of the 1st World war, there was a national movement to provide memorials to the fallen.  Stainton villagers expressed a wish to adapt the former National School building as a Memorial Hall.  The building was sold to the Parish Council and funds were raised by public subscriptions.   The building was considerably extended along Meldyke Lane.   The stone mullioned windows were retained but the centre window was repositioned in the extended section of the building.   The original entrance door on Strait Lane was closed up and a new entrance provided in the extension along Meldyke Lane beyond the windows.   The building was completely re-roofed and provided with gables at each end instead of the previous ‘hipped’ roof.   A third fireplace was installed in the extension which required a second chimney.   A lean-to was added along the back of the building to house a kitchen, the toilets and store rooms.   The external brickwork was rendered with roughcast cement. 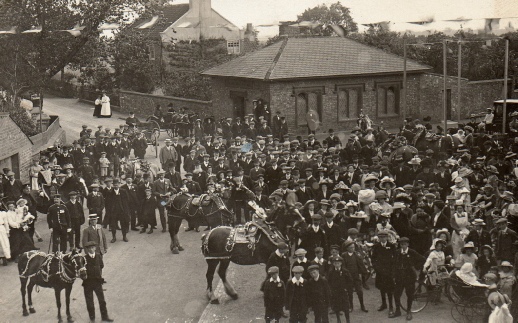 On 20th December 1920, the official opening ceremony of the Stainton Memorial Hall took place.   Picture 4 shows that event at the entrance door which was then where the stage is now.   The official programme (see below) is available to explain that Mrs Fawcett, on behalf of the subscribers, handed over a list of their names to the chairman of the Parish Council together with the deeds of the building which she formally opened.   During the ceremony, Lieutenant Colonel Maurice M L Bell unveiled The Dedicatory tablet which records the names of the fallen and the Roll of Honour Tablet which records the names of those who had also served in the 1st World War.

The original Parish Council continued to run the Memorial Hall until 1967.   Sometime before the 2nd World War, a stage was installed inside the building.   This necessitated a new double entrance door to be provided nearer to the first window and the previous entrance door shown in Picture 4 was blocked up.   The Parish Council was soon to be dissolved because the area was to be absorbed into the new Teesside County Borough, the Parish Council decided to transfer ownership of the Memorial Hall into a charity run by local trustees and a local management committee.   This was completed in 1967 and the Hall continues to be run as a local charity registered with the Charity Commissioners to the present day. 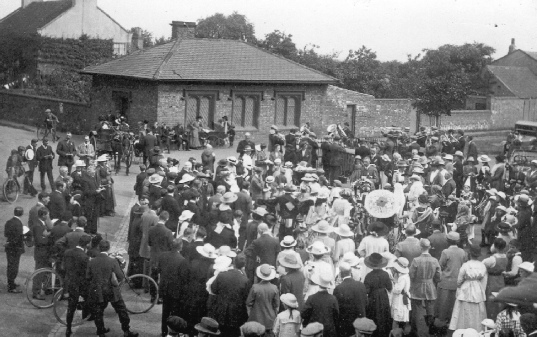 Major improvements have been carried out by the Committee of Trustees in recent years.   After lengthy fundraising, a new high quality sprung floor was installed in 1995 and an attempt was made to damp proof the walls by injection soon afterwards.   The cupola on the Hall roof was replaced in 1999 by the Millennium Clock.

The Hall then benefited from a substantial legacy when land previously used by the scouts was sold for housing.   This enabled further improvements including new kitchen units and appliances in 2003 and replacement of two of the three stone window surrounds in 2009. 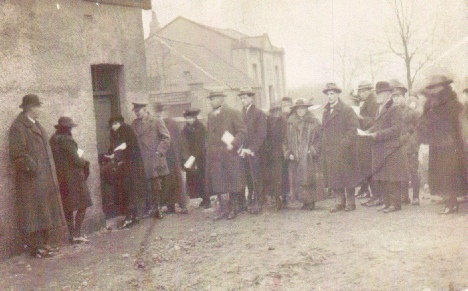 The Management Committee continue to run the Hall for the benefit of village organisations and the residents. 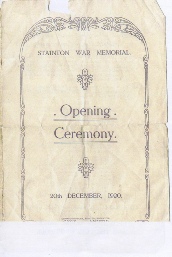 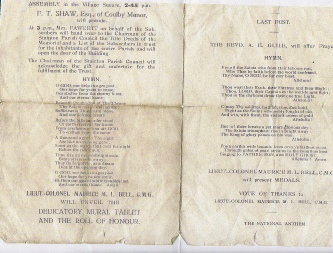 A copy of the